What is NDA Exam?
NDA is one of the most sought after defence entrance exams in the country. NDA recruitment is conducted for admission to Army, Navy and Air Force wings of NDA and Indian Naval Academy Course (INAC). NDA is conducted twice a year. The exam is conducted two stages: written exam and SSB Interview. Around 4 lakh aspirants sit for NDA every year, out of which approximately 6000 are called for SSB Interview.

NDA Eligibility Criteria Nationality
To apply for NDA, candidates must be:

NDA Eligibility Criteria: Educational Qualification
The educational qualification prescribed for admission to the different academies is given below:

NDA Eligibility Criteria: Marital Status
Only unmarried male candidates can apply for the exam. Candidates should undertake not to marry until they complete their training. Candidates who marries during the training will be discharged and have to refund all expenditure spend on him by the government.

NDA Eligibility Criteria : Physical Standards
Candidates must be physically fit according to the physical standards for NDA exam. Height & Weight for Army and Air Force The minimum height prescribed is 157 cms (For Air Force it is 162.5 cms). Certain exceptions are applicable for candidates based on the region from where they belong. 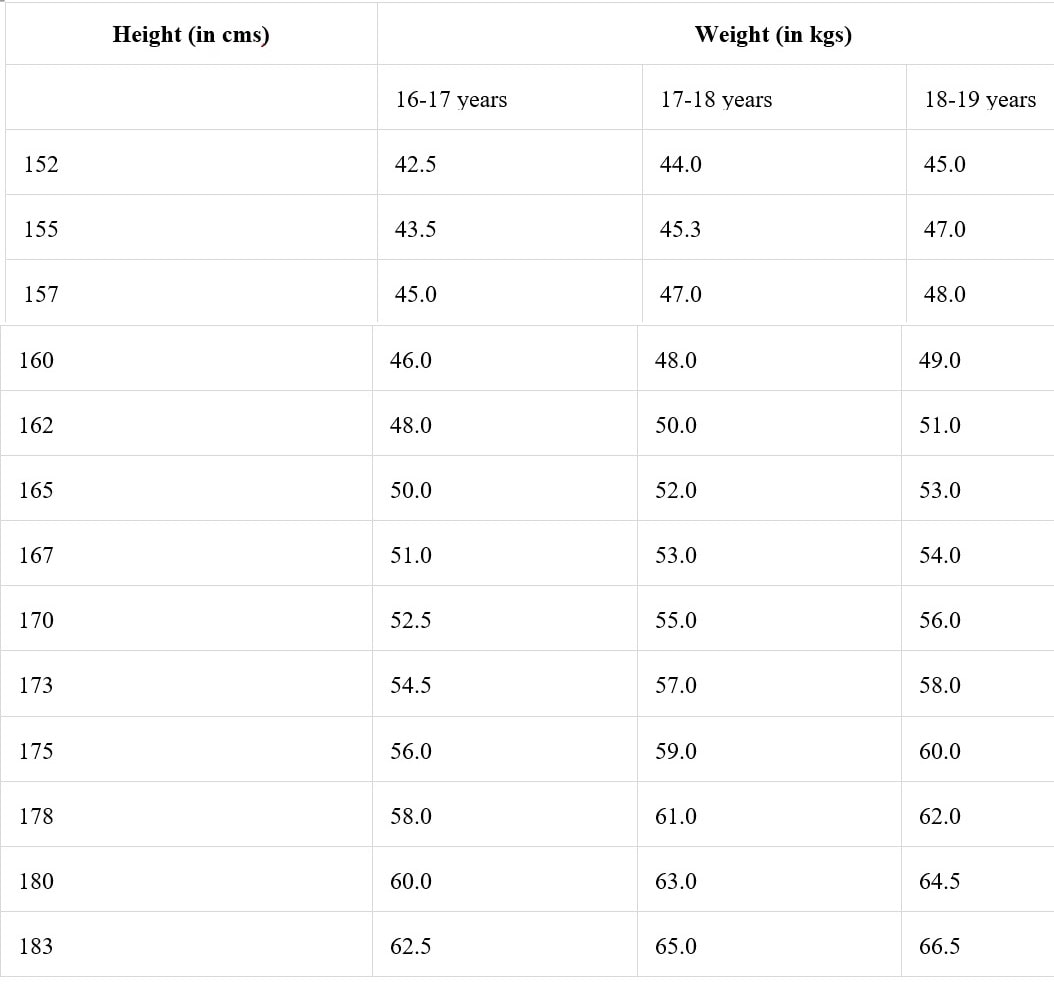 Height and Weight requirements for Navy 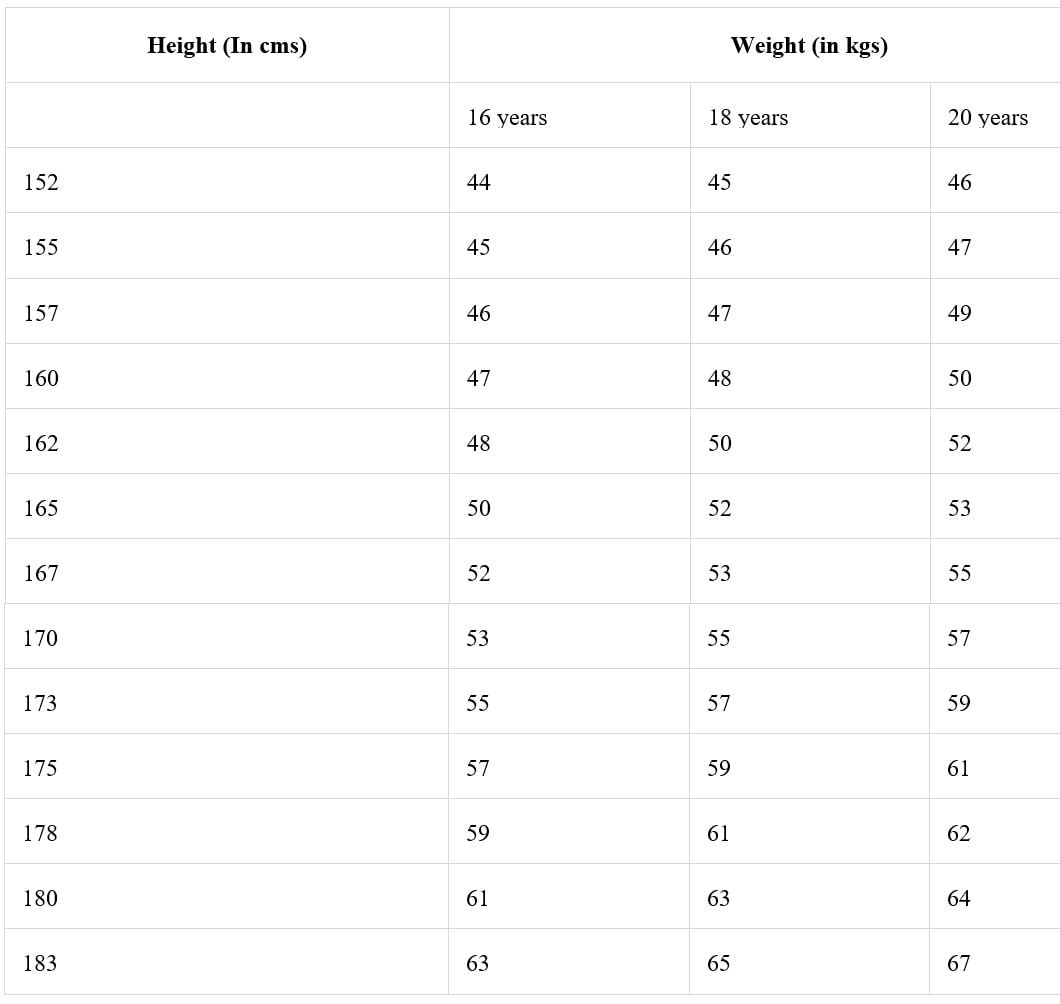 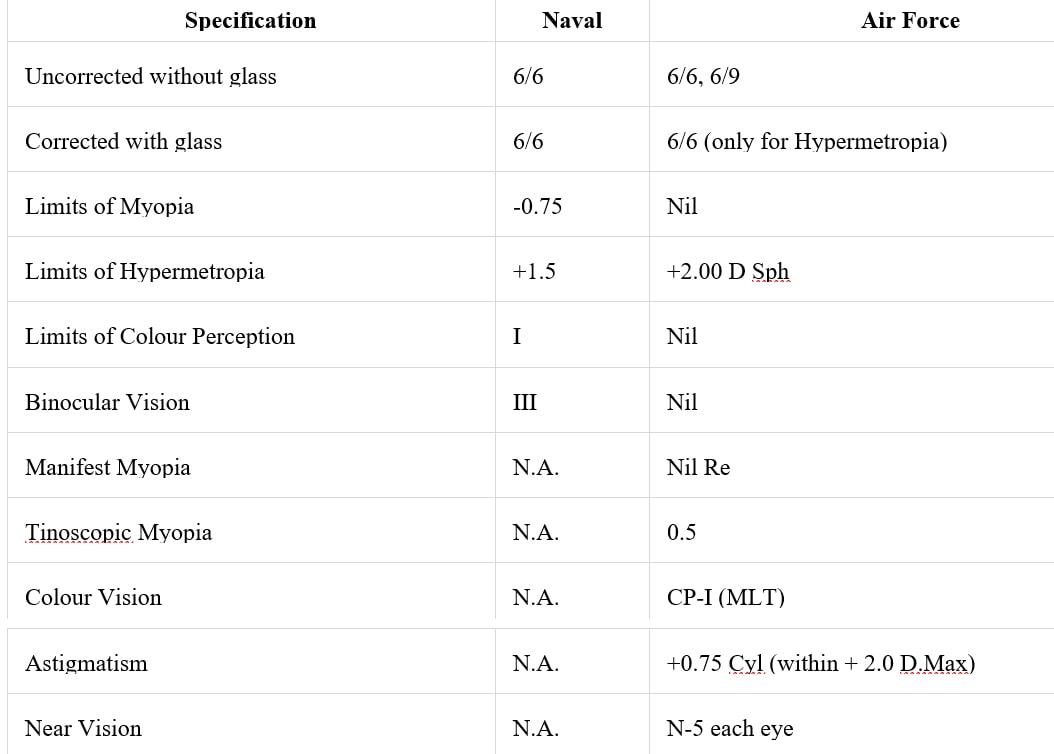 Candidates must not suffer from any of the following minor conditions:

Guidelines regarding Tattoos Candidates must not have the following diseases:

Any of the following conditions will disqualify the applicant Armed Forces:

NDA Selection Process – Written Exam
The written exam is the first stage of NDA selection procedure. The successful candidates of written exam of NDA recruitment will be called to appear for SSB Interview. The details regarding the written exam is given below –

NDA Selection Procedure – SSB Interview
After conducting the written exam, UPSC prepares a list of candidates who obtain the minimum qualifying NDA selection process marks as decided by the commission. Such candidates are only called for SSB Interview. The candidates in SSB Interview are assessed on Officers Officers Potentiality. Candidates who applies for Air Force needs to qualify Computerised Pilot Selection System (CPSS). Along with one photocopy of the following certificates –
1. Pass Certificate of Class 10 or equivalent certificate in support of date of birth
2. Pass Certificate of Class 12 or equivalent in support of educational qualification

NDA Exam Pattern is different for both the papers. It is necessary to qualify them in order to ensure admission to the National Defence Academy. NDA exam pattern for both the papers is given below:
APPLY NOWCHECK ELIGIBILITYGET UPDATES
Mathematics

NDA Syllabus for Mathematics
Paper 1 in NDA is purely based on Mathematics. No change is observed in NDA Syllabus 2020 from the previous year. The questions will be asked from 10+2 level only. The sub-sections in this part are also of basic-level mathematics.

NDA Preparation Tips
Candidates can prepare for NDA exam by following the tips given below.

NDA FAQs
Q. My area is containment zone, can I show the admit card to travel to the exam centre?
A. Yes, your NDA admit card serves as a pass to travel to the exam centre.
Q. Can girls appear for NDA exam?
A. Only unmarried male candidates can apply for NDA.
Q. Is there any travel arrangements made for candidates of UP since there is a weekend lockdown?
A. Yes, Indian Railways are providing special train services for candidates belonging to UP, Bihar and Rajasthan.
Q. Is it necessary to wear masks?
A. Yes, wearing a mask is compulsory.
Q. How NDA exam centres are allotted to candidates?
A. The exam centres of NDA are allotted to candidates on the first-apply-first-allot basis.
Q. When is NDA admit card released?
A. NDA admit card is available now.
Q. Can I carry sanitiser?
A. Yes, you are allowed to carry a small sanitiser bottle.
Q. What is the qualification for NDA?
A. To be eligible for the exam, candidates must have passed class 12.
Q. Will I get the answer key on the day of exam?
A. Yes, unofficial answer keys are released on the day of exam.
Q. What are the minimum qualifying marks for applying to NDA exam?
A. There are no minimum qualifying marks for applying to the exam.
Q. Does 12th marks matters in NDA exam?
A. Yes, class 12 marks are important for applying to the exam.
Q. Why NDA is conducted?
A. The entrance exam is conducted to select candidates for admission to NDA and INAC.
Q. How candidates are offered admission?
A. Candidates are offered admission on the basis of their performance in the written exam and SSB Interview.

All trainers of our Classroom courses are working Analytics professionals. INFOMATHS has a pool of very competent full-time faculty.

All the questions in the Modules are solved by Faculty and Videos are made available to the Student. Highly researched study material to crack to universities.

Guest Lecture sessions cover topics from how to build a successful career. The Study Material used in thoroughly revised keeping in view the changing patterns.