All About SSC EXAMS 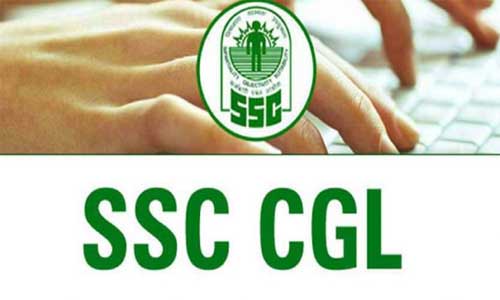 All About SSC EXAMS

Staff Selection Commission - Combined Graduate Level Examination, often referred to as SSC CGL is an examination conducted to recruit staff to various posts in ministries, departments and organisations of the Government of India. It is conducted by the Staff Selection Commission for selecting staff for various Group B and Group C posts. The Staff Selection Commission was established in 1975.[1][2] Prerequisites Candidates applying for the various posts need to have a bachelor's degree from a recognised university at the time of applying. The age requirements are between 20 and 30 years.[3][4] The age limits may vary depending on the position applied. For instance, the position for Inspector of Central Bureau of Narcotics which had an age range from 18 to 27 years, was extended to 30 years in September 2018.[5][6] The application fee for 2017 is Rs. 100. All women candidates and candidates belonging to Scheduled Caste, Scheduled Tribe, Physically Handicapped, and Ex-Servicemen eligible for reservation are exempted from paying application fee.[7] Structure The examination has several Tiers which are conducted over different days with results posted after each Tier. Previous exams also included an interview tier, but following a government order, interviews have been dispensed off for all non-gazetted posts in the central government as of 1 January 2016. A computer proficiency test or a skill test was also added as a Tier for some posts.[8][9] There are four major tiers for the 2018 exam. Tier I: Preliminary The Tier I exam consists of a written objective multiple-choice exam with four sections, covering the subjects of: • General Intelligence and Reasoning • General Awareness • Quantitative Aptitude • English Comprehension The exam was typically scored with maximum 50 Marks per section for a total of 200 Marks.[10][11] The latest versions of this exam such as with 2018 have been conducted online.[12] Based on results from Tier I, qualified candidates can then take the Tier II and Tier III exams.[13] Tier II: Mains Exam Also known as the Mains Exam, the Tier II exam consists of written objective multiple-choice exam, in four sections (also called "Papers"), covering the subjects of: • Quantitative Aptitude • English Language and Comprehension • Statistics • General Studies, which is subdivided into: o Finance & Accounting o Economics & Governance. The exam was typically scored with maximum 200 Marks per section. Most positions required the candidate to take only the first two sections (Paper-I: Quantitative Aptitude, Paper-II: English Language and Comprehension), but certain positions require the third or fourth section.[10][11][13] The latest versions of this exam such as the 2018 edition have been conducted online.[12] Tier III exam: Descriptive Paper A pen-and-paper "offline" exam in which candidates are to do writing in the form of essay writing and letter writing, and sometimes précis and application writing. The exam can be done in English or Hindi.[12] Tier IV exam: Data Entry Skill Test / Computer Proficiency Test In 2016, a fourth tier was added with two possible exams depending on the positions applied:[11][14][12] • Data Entry Speed Test (DEST): candidates enter data at the rate of 2000 key presses in 15 minutes. This is mainly for positions such as Tax Assistant. (Central Excise & Income Tax) • Computer Proficiency Test (CPT): covering the topics of word processing, spreadsheets, and making slides.